Luanda – The Environment Ministry is to revise, this year, the Sea Turtle Conservation Programme dubbed ?Project Kitabanga?, the press office director of the institution, Elizabeth Smith, said on Thursday.,

According to Elizabeth Smith, an increase in the number of monitoring posts of the turtles is expected to take place with the revision of the conservation project.

Currently the project has an area of direct action of 31 square kilometres of protected beach, distributed in several regions.

Kitabanga project operates under the umbrella of the biology department of the Faculty of Sciences of the public Agostinho Neto University (UAN). it was implemented in 2003 through approval of the Environment Ministry.

The programme aims to identify and protect nests and turtles, obtain an overview of the areas with highest incidence of spawning along the areas of intervention, variation in density and relative abundance over time, birth rates and mortality, population growth and immigration as well as all the aspects related to the ecosystem where the animals live.

Since the beginning of the project it has been made possible to learn about the bio-ecology of the turtles in Angola and their status along the Angolan coast.

The project has also contributed to raising awareness in coastal communities in order to safeguard the species to take conservation measures and design the national strategy for biodiversity conservation.

It also made possible to register more than 6,000 turtle positions, preserve around 3,500 nests, and integrate more than 322,000 small new turtles in the environment and train staff on conservation biology.

Angola has several species of turtles, with emphasis on the Golden Turtle, also known as Kitabanga (Dermochelys coriacea), the rarest in the world able to reach two meters long and 600 kilograms of weight. 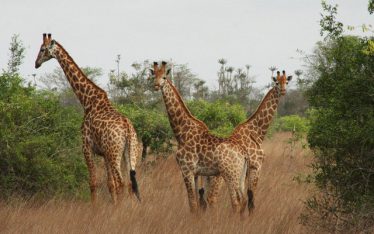