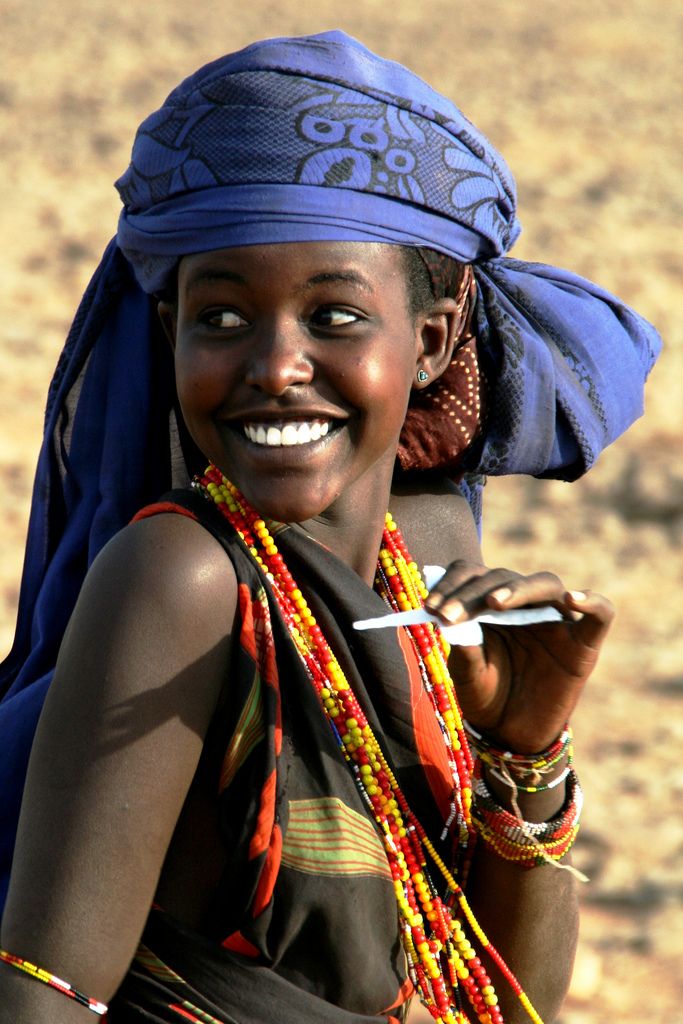 The sculpture known as Thinker is one of the most beautiful pieces of the Chokwe origin and represents all Angolans by symbolizing its national culture. The statue is seen bending down with both legs crossed and its hands placed on its head, which symbolizes human thought. The Thinker is a charming piece that really leaves the audience thinking. The piece is also represented as the protector of the village of Chokwe and puts everybody in good-spirit. The statue can be seen as a man or a woman but however seen, it represents a strong sense of wisdom and knowledge and is seen with great respect. The Thinker is one of the oldest and well-known artifacts in Angola.

The cultural origins of Angola are tied to the traditions of the central Bantu peoples and the ancient kingdom of Kongo. Located on the southwestern coast of Africa, Angola became a key colony in the growing Portuguese empire after 1500, but for most of the years of its domination Portugal exerted little cultural influence, content to control the slave trade from forts along the coast. Only after the mid-19th century did Portugal seek control of the entire territory, thus spawning a resistance that inspired much art and literature. Angola’s struggle for independence was long and violent, and life in the independent nation has also been marred by intense civil war. Such disorder has obstructed the development of Bantu customs and also destroyed the more Portuguese traditions of the coastal cities.

The Bakongo speak variants of the Kikongo language and also live in the north, spanning the borders with Congo and the Congo Republic. Other important groups include the Lunda, Chokwe, and Nganguela peoples, whose settlements are in the east. A small but important minority of mesticos (Portuguese-Africans) live in larger cities, especially Luanda. Before 1975, Angola had one of the largest white minorities in Africa, many of whom had never seen Portugal, but most left at the threat of independence. Portuguese is the country’s official language, and the majority of Angolans are Roman Catholics. There are also smaller numbers of Protestants 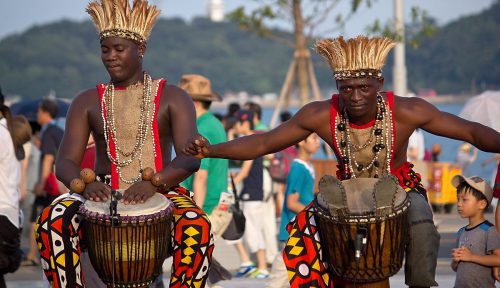 and people who practice traditional religions exclusively, though many Angolans combine some traditional beliefs with their Christianity.

The traditional arts of Angola have played an important part in cultural rituals marking such passages as birth or death, childhood to adulthood, and the harvest and hunting seasons. In producing masks and other items from bronze, ivory, wood, malachite, or ceramics, each ethnolinguistic group has distinct styles. For example, the ritual masks created by the Lunda-Chokwe represent such figures from their mythology as Princess Lweji and Prince Tschibinda-Ilunga.

The use of these ceremonial masks is always accompanied by music and storytelling, both of which have developed in important ways. Angolans’ literary roots

in the oral tradition were overlaid during 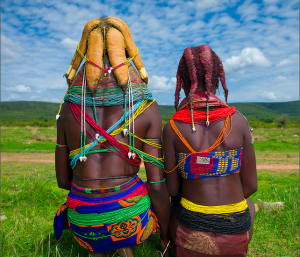 the 19th century with the writings of Portuguese-educated Portuguese-Africans in the cities.

Literature helped to focus on anticolonial resistance and played an important role in the independence struggle. Angola’s most famous poet, Antonio Agostinho Neto, was the leader of an important political movement. His works centered around themes of freedom and have been translated into many languages. Post-independence literature, however, has been limited by censorship and ongoing political strife.

Many buildings in Angola record the cultural contributions of the Portuguese. Some of the earliest landmarks are churches in the far north that served as bases for missionaries to the Kongo kingdom. One fine example of many is the Church of Se in the city of Mbanza Kongo. 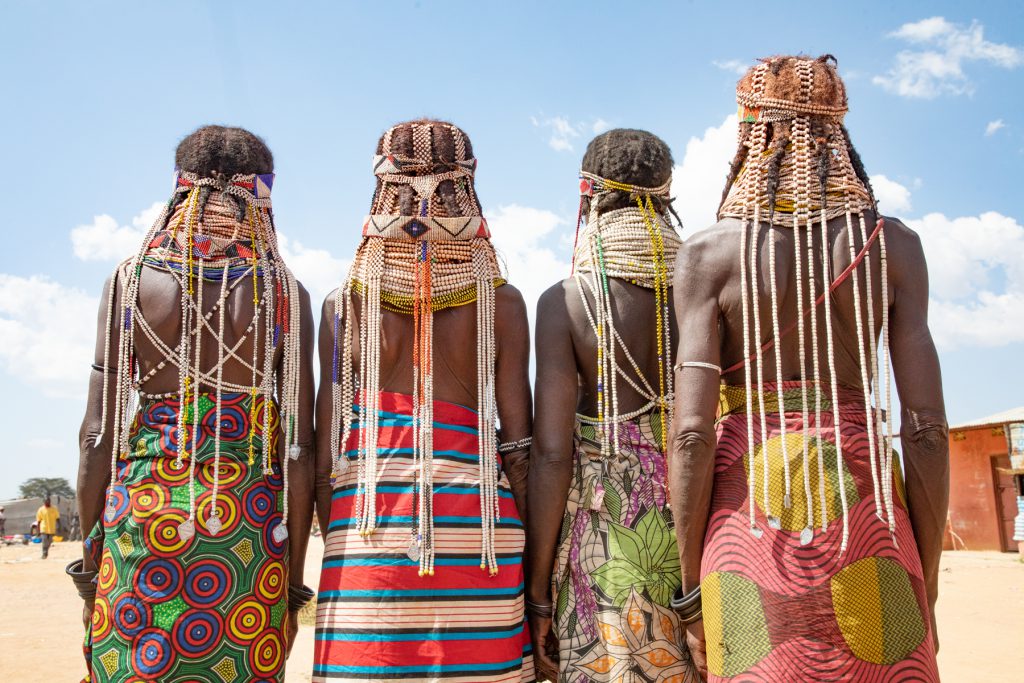 with cannons. The fort served as a slave depot, administrative center, and residence for the Portuguese community. The Cathedral of Luanda, completed in 1628, is another impressive monument in the capital. Virtually every coastal city has a set of historic buildings that are broadly similar. The Church of Sao Tiago in the town of Namibe, for example, was built during the 19th century in a style very reminiscent of the 16th-century churches in more northern towns.

The later construction of many coastal forts corresponds to the area’s growing slave trade. Fort Sao Miguel in Luanda, built at the turn of the 17th century, is the

most famous of these. This massive fort was for many years a self-contained town protected by thick walls encrusted