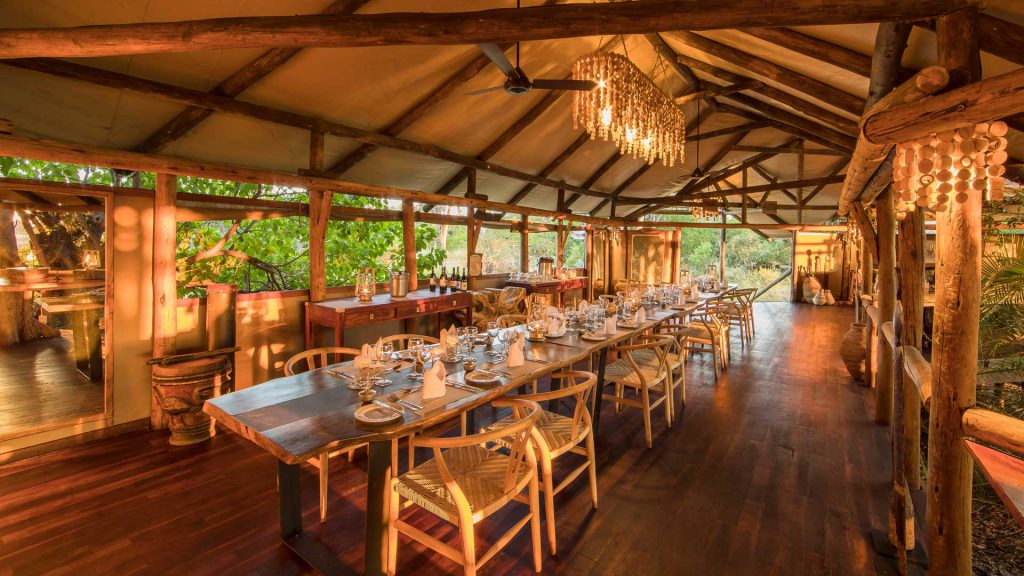 Although Angola is located in a sub tropical zone, its climate is not typical of such areas due to the following factors:

The cold current from Benguela running along the southern part of the coast. The highlands in the interior. The influence of the Namibe desert, situated southwest. As a result Angola has its own specific climate, with two distinct seasons, the rains, from October to April and the mist or “Cacimbo” from May to September, a much dryer season with lower temperatures.

High rainfall levels are registered along the coastal areas slowly decreasing from 800 mm to 50mm, as one moves further south. The average mean temperature is normally around 23º. The inland area can be divided into three zones. The North, where the rainfall is very heavy and the temperatures high, the Central Plateau zone, which is generally dry with average temperatures of 19º and finally the South, where oscillations in temperature are registered due to the proximity of the Kalahari Desert and the influence of tropical air fronts.

With an Atlantic coastline stretching for over 1.650 kms, mighty rivers flow into wide estuaries depositing sediments they have brought with them from the high plateaus to form numerous small islands, bays and sandbanks and where excellent beaches can be found. In Luanda, special mention must be given to the beaches of Ilha do Cabo, Mussulo, Palmeirinhas, Corimba and Santiago. In Benguela there is Morena, Restinga, Caóta, Caotina, Baia Azul and Baia Farta and finally in Namibe, two more, Das Miragens and Azul.

Although the climate is such that the beaches can be visited all year round, it is in fact during the hot season that they are most frequented. The bars all filled and the local music and dancing provide an animated and exotic atmosphere that mixes well with the mystery of the African nights. 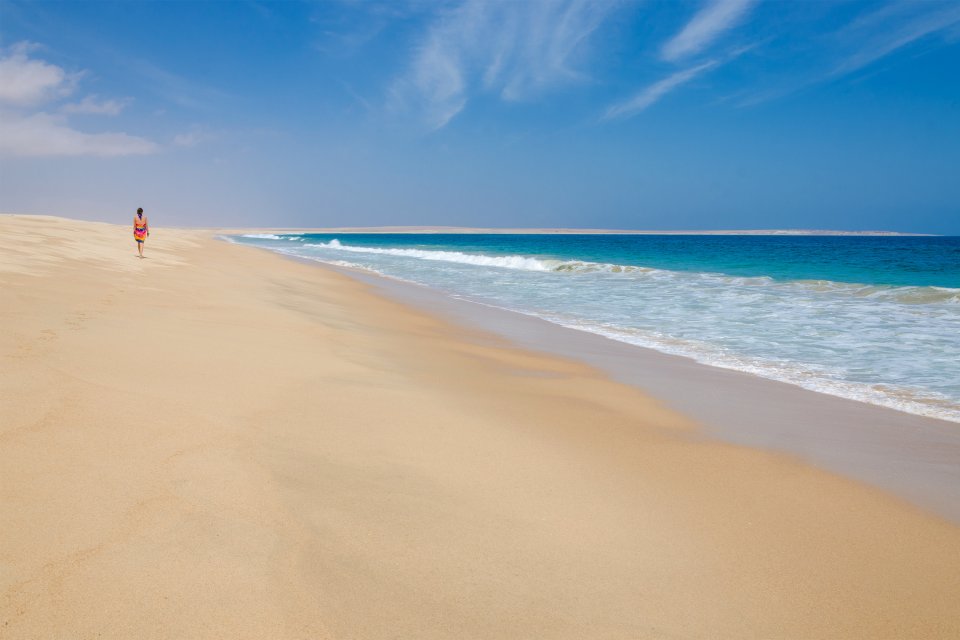 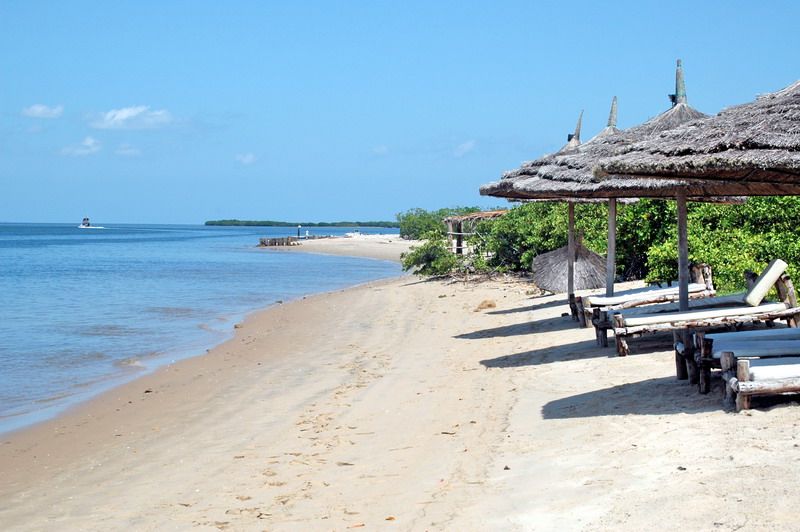 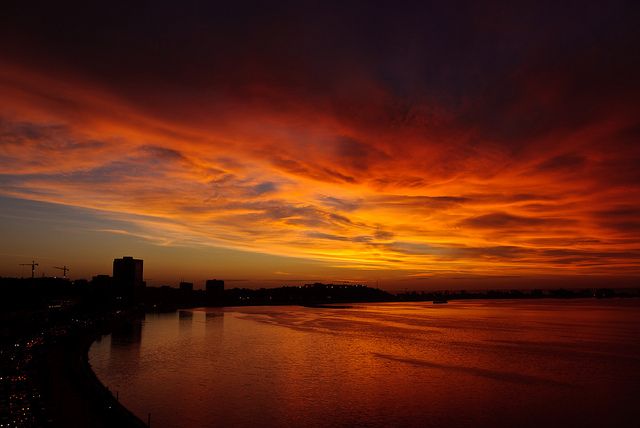 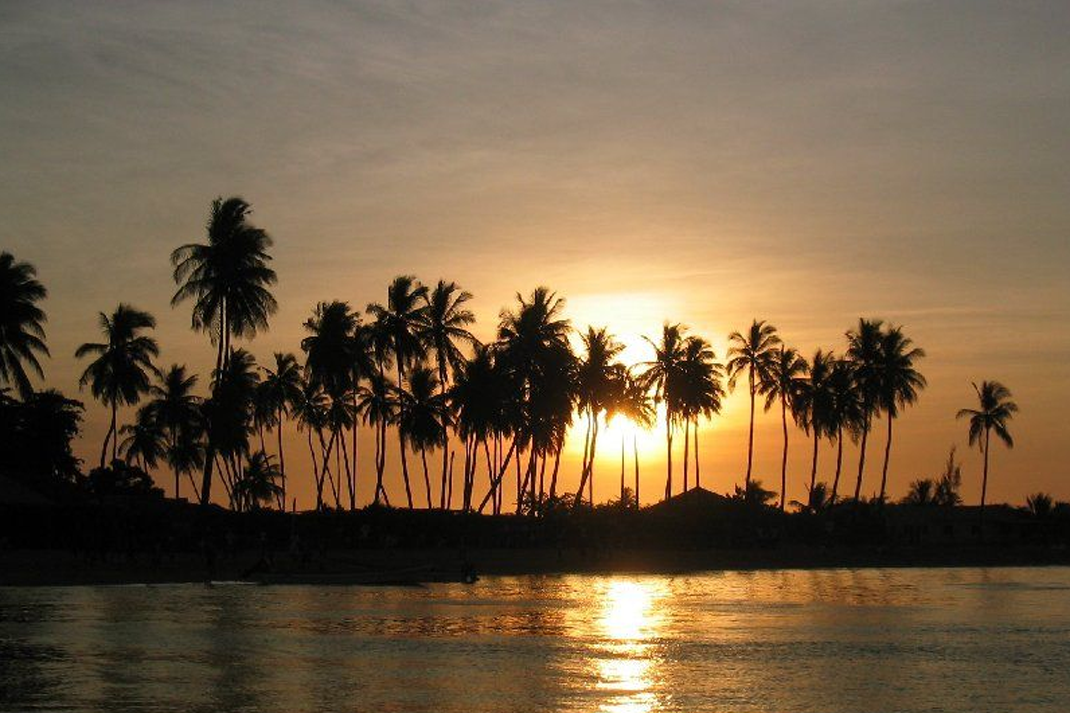 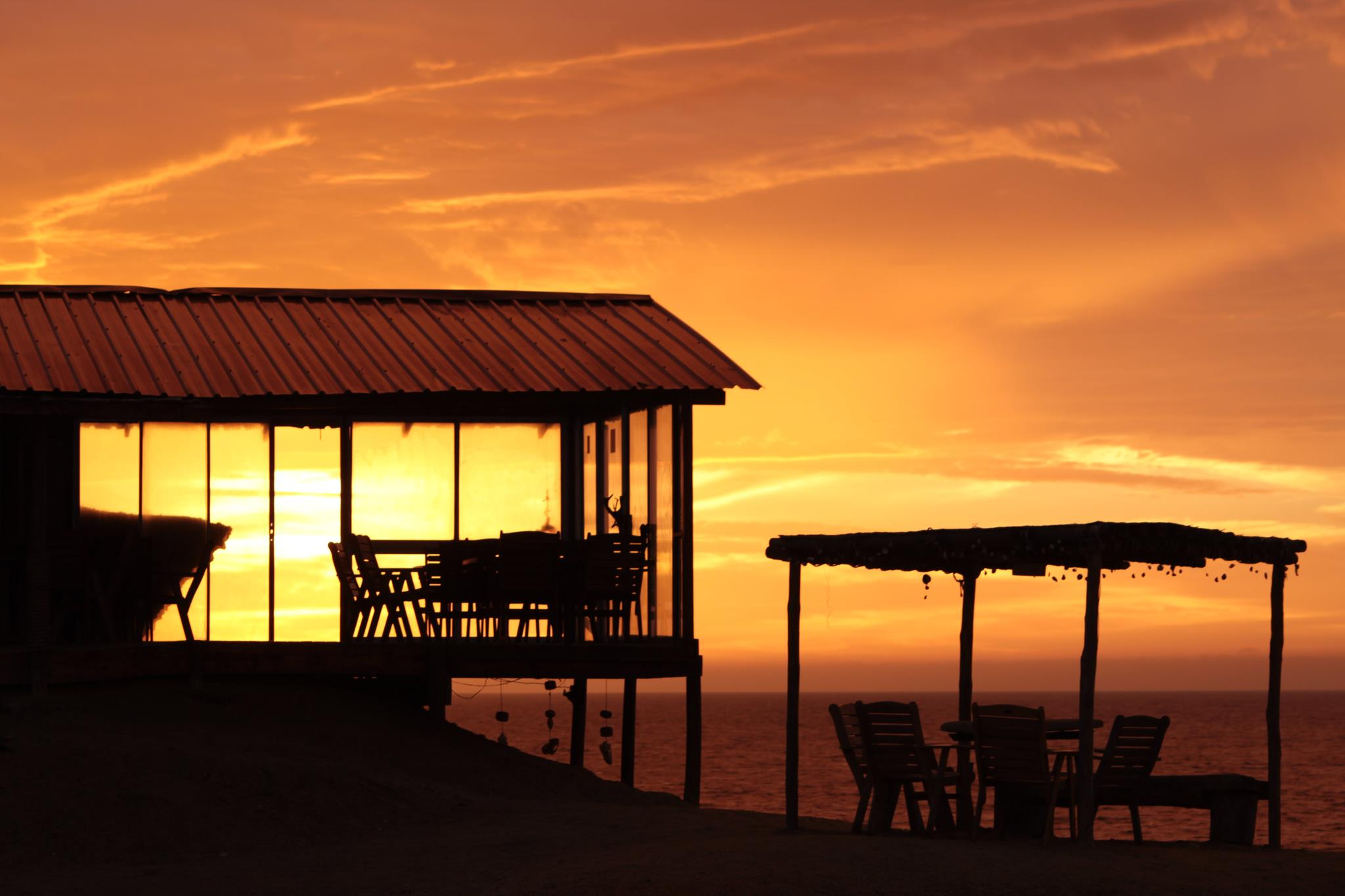 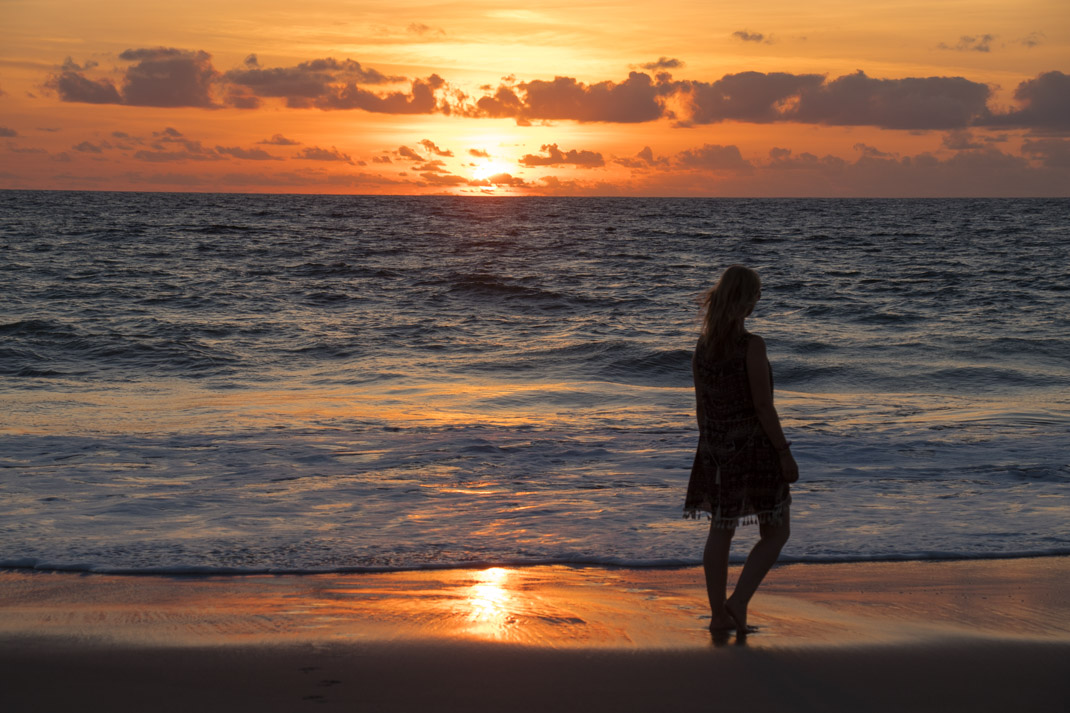 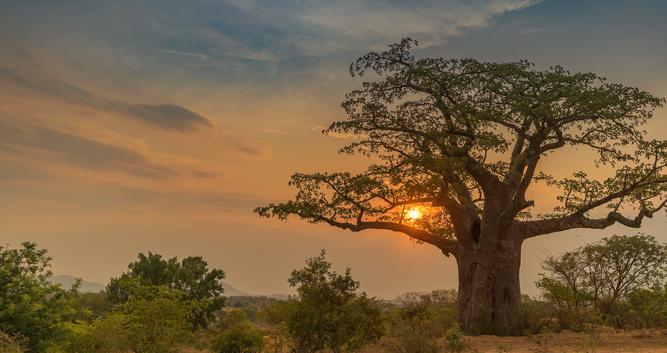 The orography and the climatic characteristics of the land provide Angola with a vast diversity of animal and vegetable species.

In Cabinda, there is dense, humid forestland, rich in exotic woods and the natural habitat of gorillas. South of Zaire, in the basins of Kwanza, Kuango, Cuito and the tributaries of the Cassai can be found savannah forestland. On the elevated plains, the open forestland provides a natural habitat for those species normally to be found in such regions.Further South is the desert area of Namibe. A vegetable species known as Welwitshia Mirabilis and unique in the world, grows here.

In order to preserve and protect animal and vegetable life, and some species which are becoming threatened by extinction, natural parks and reserves have been created throughout the whole of Angola, the most important of which being:

National Integral Park of Kwando and the National Park of Cangandala, in the province of Malange, home of the black palanca, a species to be found only in Angola.

The National Park of Quissama, South of Luanda, where, among other species, are to be found the elephant, the African antelope and the wild boar. The coastline of the park is used an egg laying ground for the sea turtles.

In the National Park of Kameia, in the Province of Moxico can be found the lion, the leopard, the chacal, the elephant and the antelope.

The National Park of Bicuar, in the Province of Huila in the home of elephants, antelopes, elands, gnus and zebras. 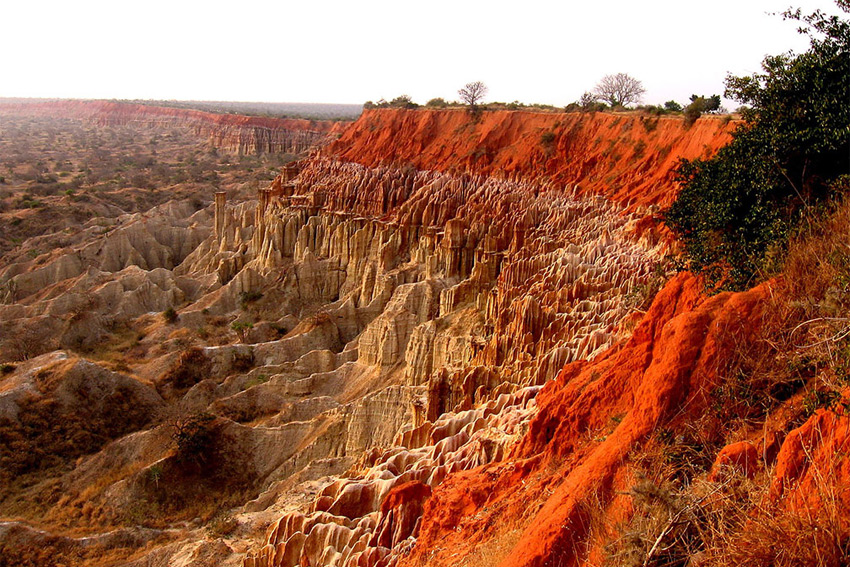 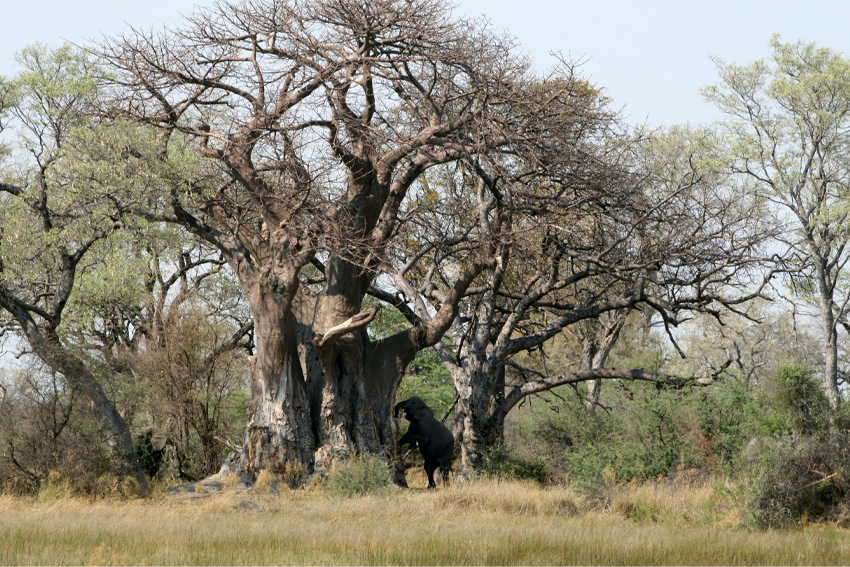 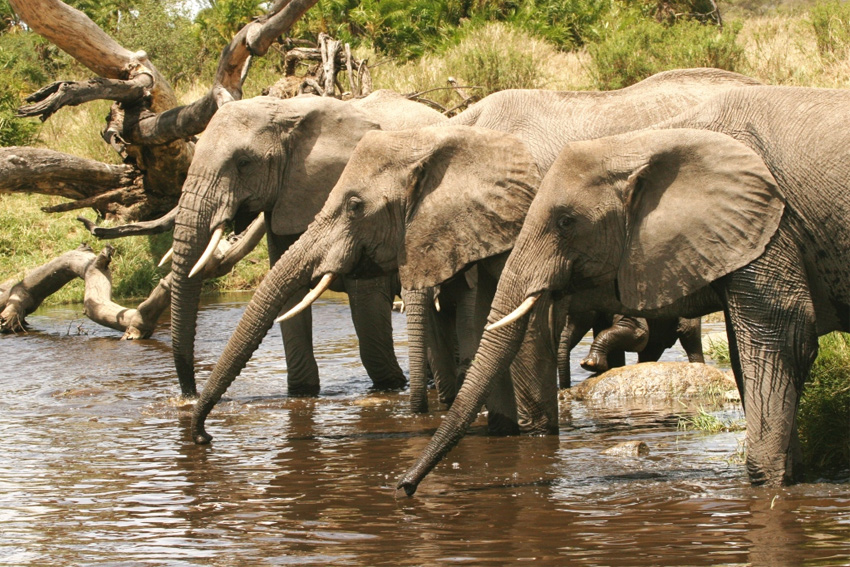 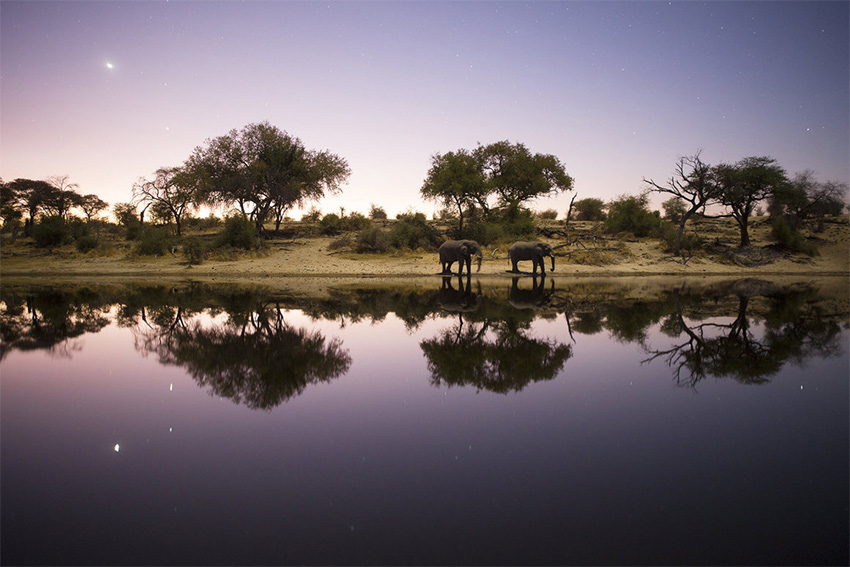 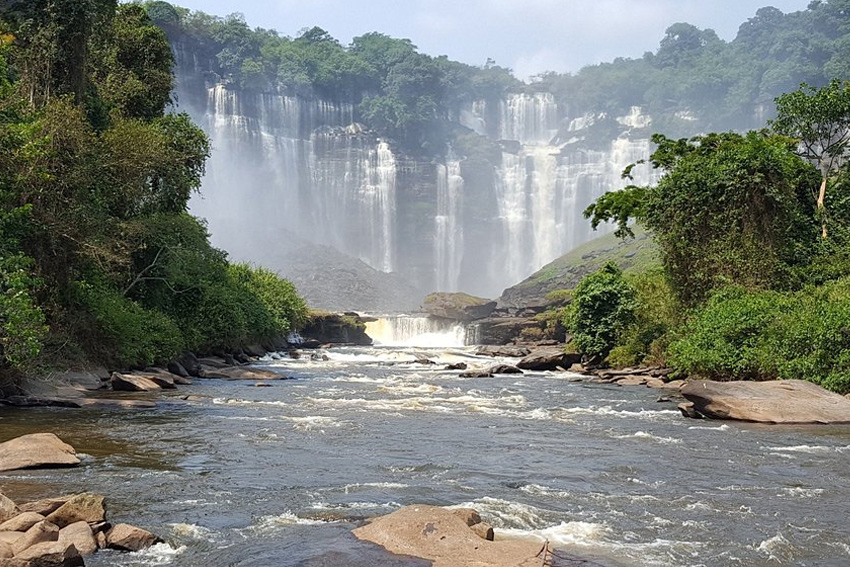 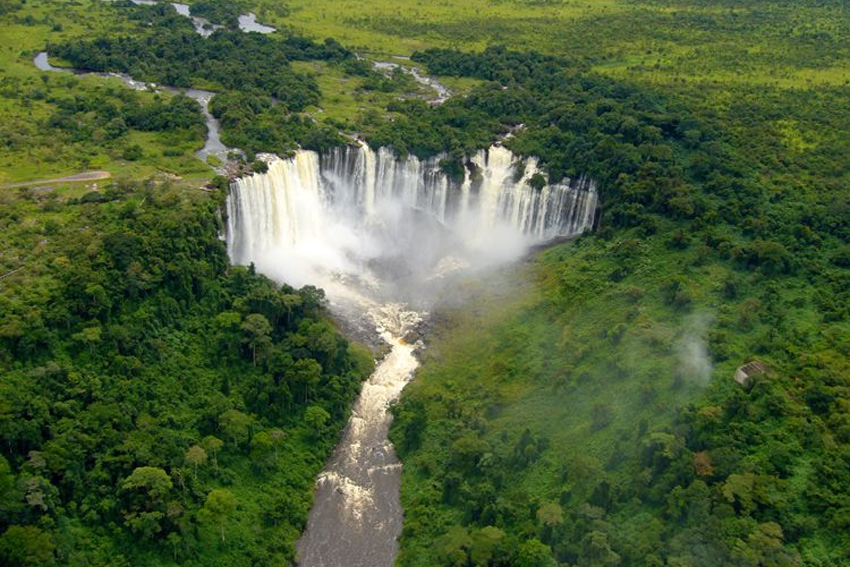